TALK LANGUAGE TO ME 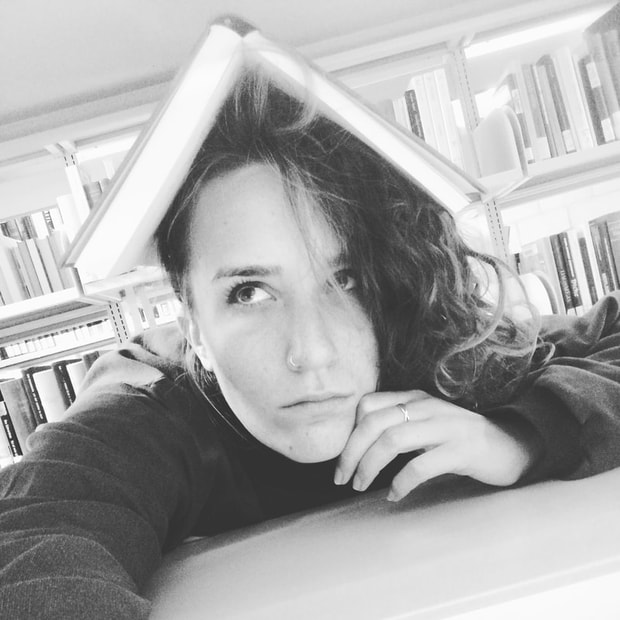 When I first set foot in a school as an assistant teacher in a class full of kids learning German for the first time in their lives, the importance of the connection between language and society became more than apparent to me. First of all, I was thrown by the children's language skills and the amount of different mother tongues in that classroom. Many of them already grew up bilingual and were now faced with German, English and Spanish or French at the same time. Accompanying these students on their learning path and seeing their incredible effort in learning German was a life-enhancing experience.

In this classroom, it became again apparent to me what I had experienced in my life, as well: it makes a difference if an effort is made to pronounce a name right. And, in case of these particular students, it also makes a difference if they are greeted in their mother tongue, if the classroom is a room of one or many languages, if their cultures are included or excluded in that classroom and if their language skills are used as a stepping stone rather than a hurdle.

After this experience, I wanted to know more about languages in a classroom. As a future teacher I want to use instead of ignore the languages that are existent in my classroom. When I think back to my time in school, I remember German, English and French class but they rarely mixed. Except for some hints at Latin, I don't recall any occasion when a language other than these was included into our classroom, altough quite a few of my fellow students knew how to speak other languages. After all my personal experiences and the experiences shared with me by others, I know for sure that languages shape culture, society, politics, people. This is why I want to acknowledge the power of language in my classroom and use it to the language learners' advantage.
MAKING MULTILINGUALISM MY RESEARCH TOPIC
I started proPIC parallel to being an assistant teacher within the German as a Second Language project and experiencing the importance of language on every single school day. At that time, I did not see an immediate connection between both projects. Initially, when we were asked to think about our research question for the proPIC project, I was very keen on looking deeper into student feedback (which I explained here in my portfolio) and felt a setback when I realized that it didn't qualify for a proPIC research project. While brainstorming for some time and playing around with several ideas, I felt that none of them really lit a spark in me. Then, a few weeks after our first study week in Kiel, I had an extracurricular seminar for the German as a Second Language project. It was about multilingualism and only scheduled for one day but I distinctly remember sitting in that classroom, thinking "I want to know more about this!" And then I realized: I can! That's when I decided to make multilingualism my research project.
RATIONALE: IMPORTANCE OF MULTILINGUALISM FOR MY PERSONAL PROFESSIONAL DEVELOPMENT 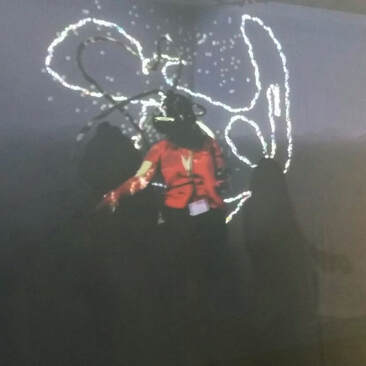 On a personal note, multilingualism has been an important part of my life and my professional development without me realizing it for a long time. I took two foreign languages in school, watched every movie and TV-series in English when possible and mainly listened to English-singing musicians for most parts of my life. Nevertheless, it was only at university that I became fully aware of the fact that all of this made me multilingual. Never really thinking about the term multilinguist, I imagined an almost godlike polyglot person who knows how to perfectly speak several language. In the teaching context, multilingual then came across to me as an attribute to describe children with non-German mother tongues who had to learn and be fluent in German because their family moved there.

When I learned that the term multilingual not only applies to them but also to myself, it became clear to me that school did not foster this knowledge about my own language abilities. Even today, foreign language teaching seems to perceive the world as monolingual. In general, a language class does not incorporate other languages into the classroom because the assumption prevails that this makes language learning more difficult.

However, it has been proven that the human brain keeps all languages active at the same time – one cannot simply switch off their Arabic when they learn German or their English when they learn Italian. Hence, incorporating the languages available to the students into the foreign language classroom could improve language learning skills and opt for a more global, comparative understanding of languages and their systems. After all, students learn a second or third language on the basis of already existing language knowledge. All mother tongues come naturally and school is an important part of our foreign language learning processes and skills. When working with children who did not learn German as their mother tongue, it became apparent to me that learning a foreign language also means constant comparison and contrasts with the before acquired languages.

Research already has shown that multilingualism can have a positive influence on the cognitive and linguistic development of children.[1] It has, in addition, been established that a language-friendly classroom atmosphere and the consideration and validation of multingualism in the classroom is the basic requirement for effective language teaching.[2] As a future language teacher, I want to develop my teaching methods and adapt them to the classroom that I am working with in order to reach the students and support their learning process in the best way possible. It becomes apparent here that multilingualism is not just something that is nice to know but in fact a crucial part of foreign language teaching and learning.

This is, moreover, connected to the term ‘language awareness’ which can be defined as following: „explicit knowledge about language, and conscious perception and sensitivity in language learning, language teaching and language use.”[3] Being sensitive to the languages surrounding us in the classroom makes an important difference. As a teacher, I am not only teaching knowledge but I am also a role model. With two foreign languages, I do not want to simply treat English as one subject and French as another – instead I aim at teaching knowledge about languages in general, drawing distinctions and finding similarities, enabling students to realize that languages influence each other, take from one another and are constantly shaped by their users - all of which influences culture, art, and the world as such.

— THERE IS MORE TO A LANGUAGE THAN JUST WORDS AND SOUNDS

Language has always been an important part of culture. For instance, by understanding language-specific metaphors and idioms we also understand a part of culture. For example, in this way we can understand why the words “stars and stripes” often evoke a strong feeling of patriotism in US-American citizens or why the recent destruction of Notre-Dame in Paris, which literally translates to “our dame”, means great despair for many of the French. With learning languages comes intercultural learning, one of the main focuses in language teaching in school.

In the days of globalization and politically, economically, and socially motivated migration, speaking foreign languages is the door to the world. As the philosopher Ludwig Wittgenstein said, “The limits of my language means the limits of my world.” I think it is of the utmost importance to teach students that they are global citizens instead of only inhabitants of their home countries, and teach them how to engage with other cultures and change their perspective on both their own language and culture, as well as the ones presented to them.
The five sections of the research project will show that whether or not to implement multilingualism in schools is already out of the question since its importance within the European and global framework has already been recognized within school curricula. Research has, moreover, well-established that multilingual speakers profit from their abilities on a cognitive level and shows evidence for the benefits of raised language awareness. Therefore, multilingualism is advantegous to the acquisition of language learning techniques as well as to the schools' need of incorporating intercultural teaching into their classrooms. Throughout the project, it becomes clear that the monolingual habitus that can be defined as the current status quo, is harmful to both the teachers' professional identity as well as the development of intercultural and self-reflexive thinking. We will learn that, instead, multilingualism fosters these fields of learning and renders reflexive thinking useful within the acquisition of (language) knowledge. Although the obstacle of lacking practical methods is met within this project, it wil be shown that the monolingual habitus can be discarded by the use of already developed methods and an open mind towards multicultural and -lingual teaching and learning.