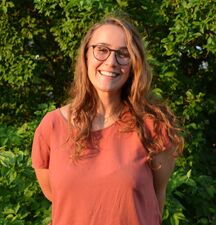 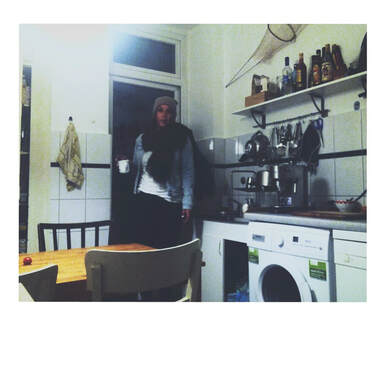 I grew up in a 45.000-soul town in Northrhine-Westfalia, together with three sisters. All of us have grown into vivid travellers and each speak several foreign languages, an interest that we inherited from my mother who works as a secretary of foreign languages at a university. My favorite subjects in school have always been languages which is why I decided to study English and French to become a teacher.

In between school and university I spend a year abroad in Lesotho, a state of the average size of Belgium in Southern Africa. I did voluntary work for an organization called Malealea Development Trust in a village in rural Lesotho. There, I had the opportunity to participate in many different workspaces, including small-scale event management, office work and computer training courses for high schoolers. Among work and teaching experiences that I gained during this time, I learned about culture, about changing one's perspective, about different lifestyles than the one I grew accustomed to, about politics, development aid and cooperation, the repurcussions of colonialism, and I learned to critically question concepts of race, gender, and (in)equality. This year abroad in Lesotho has been the biggest learning experience in my life so far, shaped me as a person and still influences my life today.

Back in Germany, I started to study English and French at Kiel University and quickly looked for opportunities to both pass on my experiences and keep on learning. Thus, I joined the student organization Weitblick e.V. which organizes national and international educational projects, discussion panels, documentary movie nights, simulation games and many other things. In addition, I was editior in chief of the student newspaper DER ALBRECHT from 2014 to 2016 and stayed an active part of the news room ever since. As an editor and a writer, I could channel both my passion for writing and my organizational skills and become proficient in them, so that journalism became a meaningful part of my life.

As much as I enjoy writing, I also enjoy reading, be it a good book or a pop culture magazine. I play the piano and the guitar and I value spending quality time with my friends, who I enjoy to be out in nature with, at the seaside, at cultural events, or with a drink in hand in someone's living room, deeply sunken in discussions with a good record playing in the background. Equality, feminism, open-mindedness, humility and sustainabilty are very important to me and I try to live my life by these values the best I can.
TEACHING EXPERIENCES
I had my first teaching experience as an intern in a primary school when I was in high school myself. Later, I gave private French lessons and during my year abroad I taught computer lessons. As part of my studies at university, I did another internship, this time in a high school, which came closest to what a future job in teaching will look like. There, I had the opportunity to both observe and then also teach a high school senior English class for a week because the teacher had to go on a school trip. Therefore, teaching a class of seniors on my own, this week became one of my biggest learning experiences in teaching at that time, which I enjoyed very much.

In 2018, I started a course at Kiel University called SprachFoLL - Deutsch als Zweitsprache. Together with 90 other students, over a period of one year, we were taught and instructed in teaching German as a second language, what it means to have a culturally and linguistically diverse classroom and how to deal with possible trauma since many students were refugees. As part of the course, I spent one day a week at the Gemeinschaftsschule Kronshagen. In the high school's German as a Second Language class, I worked with and learned from the teachers and students and was made an active part of the lessons.

At the end of the course, a fellow student and I gave a two-hour lesson that was assessed by the project's coordinators. During the project and especially due to the theoretical and practical examinations, I learned to reflect upon my teaching and my role in the classroom in a way that the regular educational system for becoming a teacher does not offer, yet. In addition, I felt deeply inspired by the examples of teaching I have seen during this time and the students who have impressed and moved me with their skills, their stories, their strengths and weaknesses and their tenacity. I am very grateful for the chance to participate in this project and the teaching and learning experiences I gained, as well as happy to now be certified in teaching German as a second language.

The participants of the SprachFoll - Deutsch als Zweitsprache project, certified in teaching German as a second language © Marina Kosmalla, Uni Kiel
MY NAME IS LEONA SEDLACZEK 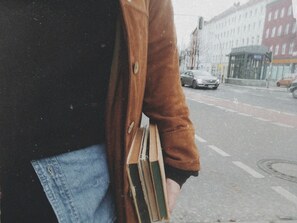 "My name is Leona."
When I say that, people often say "What a nice first name", or "I've never heard it with an a at the end, I like the sound of it".

"My name is Leona Sedlaczek."
When I say that the reaction is different. "Could you spell that for me?" is definitely one of the nicer reactions I get. "Sed-le-what?" or "what kinda name is that?!" are more common. I had a job once where my boss never called me by my name and simply referred to me as "you over there". And she wasn't the only one. Many people in my life actively refused to even try to pronounce my last name. A few years back in the same job, a colleague asked me "What's your name again?", "Sedlaczek," I replied. "Ah, forget it, I won't even try to remember that, it's way too complicated."

I was too baffled to give her a smart or even a snippy answer. Her reaction bothered me deeply, but at the same time, I felt the urge to apologize for my complicated last name. "Whats is wrong with me, I shouldn't have to apologize for my name!", I thought – but instead of saying something I just gave her a tortured smile and mumbled something like "Yes, I know, it's not easy..." into my sweater.

Feeling sorry for my name was very familiar to me. I felt bad that it wasn't a common German one, like "Müller", "Peters" or "Bauer". Like most teenagers, I wanted to fit in and I most certainly didn't want people to get misled by my name and think I wasn't part of the group. It took me a while to learn that the right term for this is not misdirection but discrimination. Back then, however, I just wished for a "normal German name" or at least my mother's name which is also Eastern European but easier to write.

It was when I asked my parents about the meaning of our name Sedlaczek that changed the way I felt about it. In the Czech language "Sedlaczek" actually means "farmer" which translates to German "Bauer" – one of the most common names on German door frames. Leona Bauer. Isn't it funny, I thought, that when translated into another language, a name so easy and almost boring becomes so difficult to people that they refuse to even try to pronounce it.

Over the years, I came to terms with my last name. When on a phone or in a doctor's office, I simply spell it out right away. When meeting new people, I tell them that it's actually easy to pronounce: "It's Sedla and check. Sedlaczek. Got it? Check!" It doesn't bother me anymore, most of the time. For it is my name and therefore part of my identity and I don't intend changing it just to comfort people around me that are in hot water when having to say it.

Sometimes it suprises me, however, that in the German society some people's brains still seem to implode when hearing a name that doesn't sound germanic. Every other person I know has great-grandparents, grandparents or parents from Silesia, Eastern Europe or other parts of the world – it's not uncommon to be German without a "German" name. 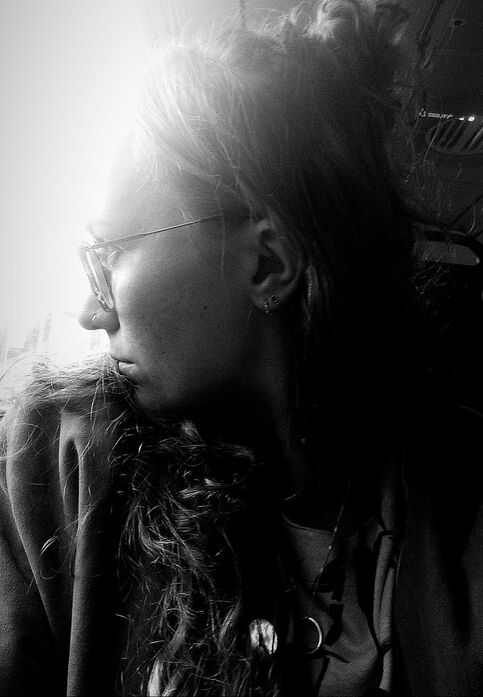 WHAT'S IN A NAME

All these thoughts about my own name got me thinking about my identity. When I was young, it felt like a curse to have a foreign name, especially since the story behind it was so unsatisfactory to me. The name Sedlaczek came from my father's side of the family; it is Czech but we don't have any family in the Czech Republic. We do, however, have distant relatives in Poland because my mother's father was Polish, but he died a long time ago which is why my grandmother is the only one in the family who actually knows how to speak Polish. So that makes me a quarter Polish with a Czech name, born and raised in Germany, without the slightest clue about the Czech Republic or Poland or how to speak either of these languages... Great!

At least, I thought, I would like to have family in Poland that I can visit and talk to in another language than German, like a friend of mine who grew up bilungual because she spent all her summers at the seaside in Poland with her family. I just didn't think it was fair that when they saw my name everyone took me for a stranger when at the same time I didn't even know how to say "How are you" in Czech or Polish. Yet, today I know that I did not have a difficult life because of it. I know that I only experienced mild discrimination and nothing compared to what others face because of the color of their skin or the texture of their hair – I simply carry a name that needs some explanation from time to time.

There were times when I wished to be more German and there were other times when I wished to be more Polish. Today, sometimes I wish to travel to the Czech Republic because I feel obliged to find out more about my family's heritage because of that name, because of that connection – but then again, I ask myself: would I feel the same way if the female parts of my grandparents had passed on their family names instead of the male parts? Because then my last name would either be Kernebeck or Richter and nobody would have ever asked me where I'm from. This, of course, wouldn't have changed my Czech and Polish heritage, but maybe it would have changed the way I feel about it. If people wouldn't have asked me time and time again about my heritage, would I still want to travel the Czech Republic because of my connection to it? Would there still be a felt connection?

So what is in a name? For me, it has always been more than just a name on a paper. It has shifted society's view on my identity and thus also my own. All negative experiences I had growing up with a name that didn't fit in for many people, shaped my view on the meaning of language, words and the art of communication. A person's initial reaction to my name does not necessarily determine the future relationship I will have with them but it is also not immune to it. Do you refuse to pronounce my name or do you try? Do you ask me again if you forgot how to say it or do you simply say it wrong? After years of friendship, do you know how to write my name or do you still spell it wrong? Do you acknowledge that I am German with partly Polish ancestors and a Czech name or do you still call me foreign? I have learnt that open-mindedness towards cultures starts within the tiniest details. And I have also learnt that language is not a tiny but a very big part of it.